Freedom First is the only credit union from Southwest Virginia to make the ranking. Other ranking credit unions from Virginia are based in Waynesboro, Chesapeake, Fairfax, and Newport News.

Forbes partnered with market research firm Statista to compile the list of best credit unions in each state.

More than 25,000 customers in the U.S. were surveyed about their current and former financial institutions for Forbes’ annual list. Credit unions were scored on overall recommendations and satisfaction as well as trust, terms and conditions, branch and digital services, and financial advice.

FREEDOM FIRST CREDIT UNION: With over 50,000 members, assets of over $630 million, and 10 branch locations, Freedom First Credit Union is the largest Community Development Financial Institution in Southwest Virginia. Founded in 1956, Freedom First Credit Union is owned and controlled by its members and operates for the purpose of providing access to affordable, equitable financial and development services to its members and the Roanoke and New River Valley communities. For more information, please visit www.freedomfirst.com. 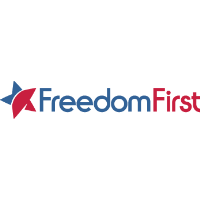