“When Bruce came to Goodwill Industries of the Valleys, he had a vision for greater service to central, southwest, and southside Virginia,” states Dan Karnes, chair of Goodwill’s Board of Directors. “Our local workforce, our community, and our region are stronger because of his leadership and his commitment to the people Goodwill serves.”

“Bruce has left an exceptional legacy of service and leadership on the Goodwill movement,” remarks Karnes. “In the last years of his career, to navigate the COVID-19 crisis with such a steady hand is a testament to his career and the strength of his leadership. Bruce and the entire Board of Directors are committed to a smooth leadership transition that will enable Goodwill to continue to provide hope for those in need of support for years to come.”

The Selection Committee is currently conducting an Executive Search. Applications are being accepted from applicants within the Goodwill movement, as well as from executive leaders from Goodwill’s service area in Virginia. The position announcement can be found on Goodwill’s website, where applications are also being accepted. Visit www.goodwillvalleys.com/career for more information.

###
About Goodwill Industries of the Valleys
Goodwill Industries of the Valleys serves 35 counties and 14 cities throughout Central, Southwest, and Southside Virginia. Its mission is to help people and families in our community achieve a better life through work and independence. In 2019, Goodwill assisted more than 38,000 individuals with barriers to success, helped 2,921 people find jobs in our community, and provided training opportunities that resulted in 2,550 credentials being earned by individuals participating in Goodwill programs. At the end of August, Goodwill had already assisted over 49,700 people in 2020. Visit www.goodwillvalleys.com for more information. 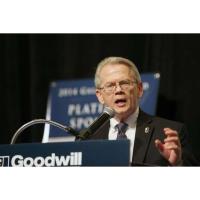