LewisGale Regional Health System  is proud to announce the following new employees who have joined the healthcare system.

Nicholas “Nick” Watkins has joined LewisGale Medical Center as the Emergency Preparedness Manager. He previously served as the EMS/Emergency Preparedness Coordinator at HCA Virginia’s John Randolph Medical Center and their TriCities ER, an 11,000 square-foot free standing ER in Prince George which opened in 2017. The Richmond, Virginia native has more than 15 years of experience in the EMS field. He started as an EMT with the Blacksburg Volunteer Rescue Squad while attending Virginia Tech.

Holly Walters returned to Southwest Virginia to assume the position of Surgical Services Director at LewisGale Medical Center. Holly was with HCA’s North Texas Division since 2011. After receiving her Bachelor of Nursing degree from Radford University, she attended Liberty University where she received her MBA. She has been in the healthcare field for the past 12 years

Michael “Jep” Stokes has joined LewisGale Medical Center as Vice President of Behavioral Health Services. He has been involved in the behavioral health field since 2009 and he has also served as Chief Operating Officer for UHS in Houston, Texas and has obtained leadership experience as the Chief Executive Officer of Acadia Healthcare in Memphis, Tennessee.

April Vecera has been hired by LewisGale Medical Center as the Director of Interventional Cardiovascular Services. Prior to joining LewisGale, April served as the Manager for the Heart and Vascular Center at Seton Medical Center Harker Heights in Lexington, Texas.

About LewisGale Regional Health System
LewisGale Regional Health System has 44 HCA-owned patient care facilities including 4 hospitals, 1 standalone ER, 2 regional cancer centers and affiliations with both employed and independent physicians. With 2,500 employees, its annual payroll is $236 million. The system also paid $36 million in taxes and provided more than $73 million in uncompensated care to those most in need in 2018 alone. LewisGale is also part of HCA Virginia, the largest and most comprehensive healthcare provider in the Commonwealth with nearly 15,000 employees. For more information, see www.lewisgale.com. 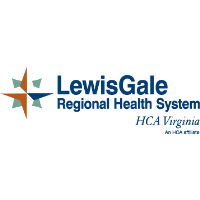